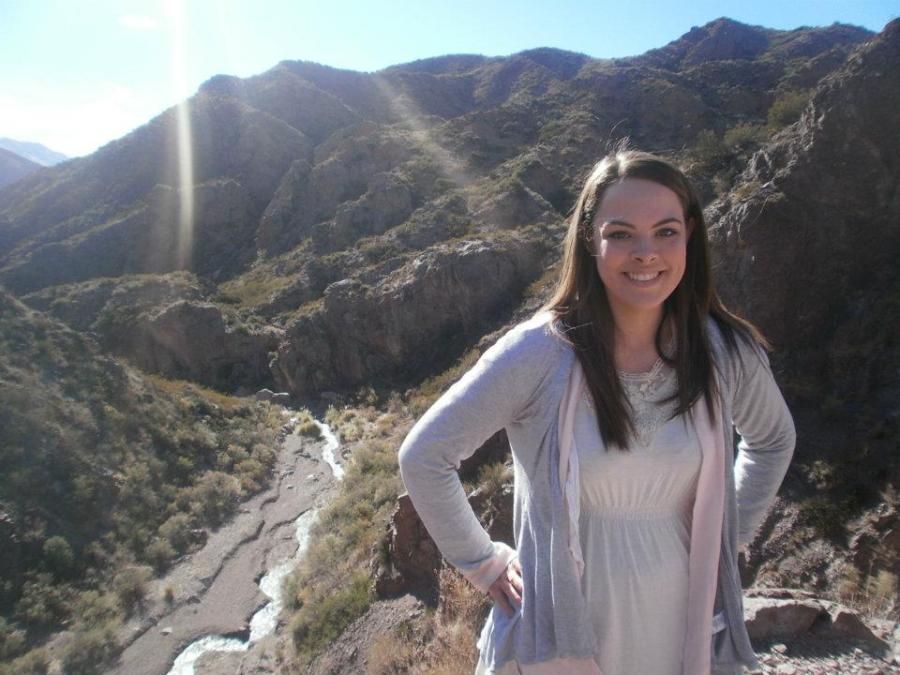 8 years ago, I was sitting in a hostel, eating dinner and drinking wine with strangers from the U.K. and South Africa.

That dinner changed my life.

It was our last night in Mendoza, Argentina. My friends were talking with a few girls from the U.K., who were taking a gap year at 19, just because. They dropped names of big cities and famous landmarks like it was nothing.

Meanwhile, I was talking with the man from South Africa, who appeared to be in his late 20s or early 30s. He was on a sabbatical and decided to go to South America, just because. He’d also had his fair share of travel. I couldn’t understand how someone could be so laid-back talking about backpacking in Asia for two months.

Long-term travel was a subconscious dream of mine, and it took few glasses of wine in Mendoza to help me realize that it was indeed possible.

Did travel have to be so complicated? It looked complicated for my parents. But they were in charge of three kids. I didn’t have any kids. I was a 22-year-old college student.

And then I realized, on my second (or was it my third?) glass of wine: travel is simple. All you need is to pick a place, pick a way to get there, and find a place to stay, and voila! You’re traveling.

I was 22. I had a two-month gap between finishing my study abroad program, and resuming classes in the fall. I had time, money, and youth, and didn’t know if I’d have all of these things in my life at the same time again.

After my study abroad friends left Argentina, I got on a 12-hour bus ride to Cordoba, the first destination in my solo journey.

And life hasn’t been the same since.

Eight years later, I’ve traveled to 13 countries, met people from all corners of the globe, and somehow have been able to carve a career out seeing the world, and helping thousands of students speak English and believe in themselves and their dreams.

But my most authentic education has been in my travels. Travel can be a tough teacher, and also the most rewarding. So here are some of the best lessons I’ve learned in the past eight years of international (often solo) travel and counting. Vamos!

Plan all you want. No, seriously, plan. Just call me the queen of writing lesson plans and lists and vision boards.

Your plans will not always go the way you imagine them to.

And for planners like me, this was . . . a bit unnerving, to say the least.

When I first started traveling alone in Argentina, everything was going smoothly. Until I arrived to San Pedro de Atacama, Chile.

I went to this tiny Chilean town to see the geysers. However, I came across a few problems when I arrived:

One, I did not have any Chilean currency, nor did I know the currency rate. Okay, that one was my bad.

Two, the hostel I booked . . . did not exist? Or at least I couldn’t find it. I booked a room in the first hostel I found.

Three, I booked the geyser tour. That meant I had to wake up at 3am for the bus pickup. The problem was, the bus did not arrive. I did get my money back, but I didn’t get to see the geysers.

And four, I booked a bus ticket for Iquique. I was unable to find the bus station, and somehow ended up alone in a bus parking lot. I finally ended up finding two drivers and asked them if they could help me.

And you know what happened? I got to hang out with a tour company for free for a few days. My logistical error resulted in me making a bunch of Chilean friends for the next few days, one of them who I’m still friends with on Facebook.

And that’s when my trip started to get really interesting.

And when I started to be a lot more flexible with my with travel plans.

Things will not always go your way. Sometimes, they can take a turn for the worse, which would require a different lesson. But in this case, I was lucky. And in these moments where things aren’t bad, but inconvenient, being flexible and willing to go with the flow (while trusting your gut) can take you to beautiful places that you didn’t even know existed.

2. It’s all about the people

I mean, yeah, some places are pretty damn incredible on their own. Or maybe you have some sort of spiritual, life-shifting experience.

But some of my best travel memories have happened from meeting amazing people.

For example, I can’t tell you many memories about the town of La Serena, Chile. But I can tell you about partying all night in the quiet town on a weekday with a Canadian girl, an Irish guy, an Austrian guy, and two Chileans. How we were drinking beer and talking about how we knew there was so much more to the world than our small towns. And how I kept switching from Spanish to English all night long, and wishing I knew German. And how we all finally ended up at the Chilean girl’s house, talking until sunrise.

Or how I met a kind couple from Washington, and they invited me and a South Korean guy studying in Canada to join them on a road trip through the many islands in Chiloe. We cooked dinner together every night, and they paid for everything for me and the Korean guy. They looked out for us because, as they said, “We were once college students, too.” Someday, I will repay their generosity in my travels.

Or one of my most memorable travel experiences, in which what was supposed to be a quiet hostel party ended up turning into a party of 40 people. And I met some Chilean college students on winter break (because July is winter on the other side of the world). And somehow I got invited to stay with a Chilean family for a week in a mountain town that’s not too far from the Argentine-Chilean border.

I’ve learned that I’d rather have beautiful memories with incredible people, than another snapshot of an Instagram-worthy place without a story to tell.

3. A smile works with every language

I’ve discovered it is. Yes, there are cruel and dishonest people out there, but those people aren’t the norm. Some people may be friendlier than others, but generally, people will be nice to you unless you give them a reason not to.

I remember in Cordoba, I met these two guys who were in a bagpipe band. We met up with two girls from California. We decided to rent a car and drive to a nearby town called General Belgrano. Usually outings like these happened by doing the “Where are you from” conversations.

One of the easiest ways to make friends is to smile and be friendly; these are the same in every language. And while there’s a time and place to start a conversation with someone, most people will be open to it. And the next thing you know, you’re in the middle of a conversation with people from all walks of life, people you wouldn’t have normally gravitated toward, all because of a smile and a hello.

4. Your passions will make you brave

Most people who knew me growing up would classify me as a nervous wreck. I mean, they weren’t wrong. That’s what happens when you’re a restless child with a big imagination.

I didn’t consider traveling alone as being brave at first. But I guess showing up to another country without knowing a soul, and whose official language is not your native language, is a brave thing to do.

I didn’t see it that way. I was just following my passion for travel and foreign languages and new experiences.

There are reasonable fears, but many of our fears are invented in our minds. And if there’s one thing I’ve learned about conquering your fears, it’s that passion overrides fear—always.

You’re not going to care how scared you are of talking to strangers when you’re looking forward to seeing penguins in the wild for the first time.

Nor will you worry about your fear of drowning on a cruise ship when you’re taking a ferry over to Uruguay to go skydiving with your friend. You’ll be too excited to let your fear stop you.

Whenever you’re scared to start something new, or go somewhere you’ve never gone before, get excited. Think of possibility. It’ll turn that energy into bravery.

5. Your happiness is up to you

If you depend on external things to make you happy, then you may bring more unnecessary challenges into your life.

Maybe you quit your job and moved to a different country, only to have a pandemic put the whole world on pause and cancel your birthday plans to Paris.

Shit happens, and we don’t always understand why.

You won’t always be happy. But you can control how you respond to external things, which can push you to find and create situations that will make you happy.

I was unhappy in my suburban town. I didn’t want to spend my life in a cubicle. I didn’t have the same goals as people around me. So I found an opportunity, worked hard to get it, and made it happen. And when you put your heart and soul into something you desire so much, life has a way of helping you out when you need it.

After years of boredom and discontent, I finally realized during my solo trip that, “Only when I put my life into my own hands did I learn that I could be happy.” 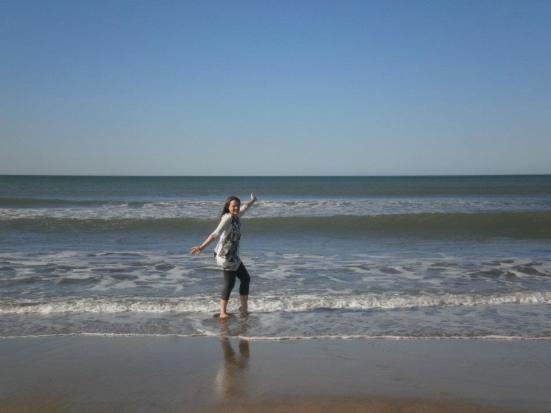 Everyone should travel alone at least once in their lives

Traveling alone is one of the best things I’ve ever done for myself. And everyone I’ve talked to who’s done it agrees.

Travel alone at least once in your life. It’s not always easy, but it’s not that complicated, and sometimes, you will have those moments of pure contentment, joy, awe, and wonder.