On my 29th birthday this year, an astrologer told me that 2019 would be life changing. 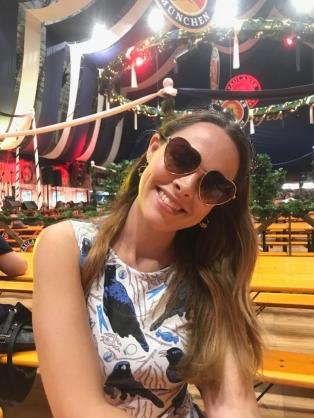 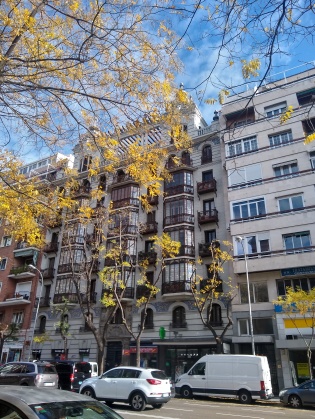 I believed her. But I didn’t know how, or when, these changes would come.

Mind you, life wasn’t terrible. I had a good job. I was finding peace after several challenges that had shaken me up over the past few years. I should have considered myself lucky. And I did. 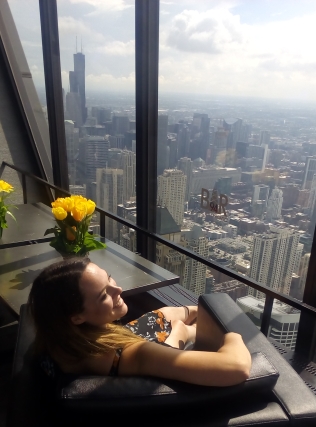 But I was also lonely. I was in a dead-end relationship with a guy who insisted in not calling what we had a relationship. I searched for months for answers that never came, until I set us both free.

I’d look in the mirror, and, despite acknowledging all the blessings I had in my life, knew that this life I’d been living was not what I’d envisioned for myself at that age. Or any age. So on one particularly hard Friday night, I made a commitment to never give up on myself, and to honor and fulfill my hopes and dreams. 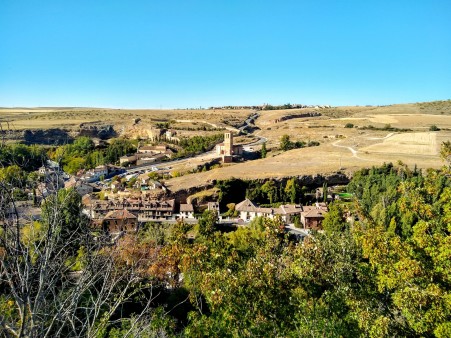 In the past four months, I’ve quit my job, relocated across the ocean, started teaching business English, found an apartment with great roommates in a nice part of town, become an expert at using the metro, set foot in five countries, made friends from all over the world, completed a TEFL certification course, received a small scholarship to study something which I love, started taking art classes, and found hope and happiness in my profession again.

That astrologer wasn’t kidding when she said my life would change. And this is only the beginning.

So, here are the most memorable moments of 2019, in no particular order of importance, but instead, in the order in which I edit and upload the photos onto this post. Enjoy!

1. Visiting Segovia, the city in Spain I almost studied abroad in.

Read this post to know why I didn’t study abroad here, and how my life has been better because of it. And then nine years later, I got to visit. How’s that for two birds with one stone?

2. Walking around tipsy at 12 o’clock in the afternoon in the wine region of Spain.

Read this post for my spontaneous trip to healing my broken heart in Logrono, Spain.

While running off to another city alone won’t solve your problems, it may give you the space (literal and mental) to clear your head, see your situation from a detached point of view, and help you get your shit together.

One quote I came across Instagram awhile back during this period was: “I’m not over him, but I’m over it.” Truer words couldn’t have been said during that time. (Two month post-Logrono update: I’m over everything.)

I had planned to spend one weekend hiking in the mountains with my friends. Inconveniently, I was sick as a dog that weekend, and proceeded to complain to just about anyone that would listen how sick I was. Which probably wasn’t helping. I should have thought positive thoughts. Like attracts like. That’s a cliffhanger for the proceeding paragraphs.

After a weekend bedridden in my apartment, I needed to get out and do something. A fellow traveler I’d recently connected with and I agreed to meet at a cafe near the metro stop La Latina for a few hours. A few hours was all either of us could do, as I physically couldn’t handle more, and they had a flight to catch.

But no, we were able to talk about spirituality, and healing, and then, the next thing you know, I open up at my previous “relationship,” and how I was still hurting. I don’t remember word for word everything that was said in our conversation. But I remember how, when I started to talk about him, I felt even more sick. Did I really want to waste any more of my energy on someone who isn’t right for me?

Sometimes, all it takes is a conversation with someone who has an objective point of view to give you some advice and put things into perspective. Once I saw the situation for what it was, the heartbreak finally went away. I let him go, set myself free, and have slept peacefully ever since.

My family and I traveled to northern Michigan every summer for many years. We’d stay in a lakeside cabin in Glen Arbor, a small town outside of Traverse City. We’d spend the day on the lake, climb the sand dunes, and walk around downtown Traverse City. It had been about 15 years since I’d last visited.

And so, we went. We visited vineyards and walked around downtown and climbed the sand dunes. The same sand that I’d walked on so many years before. The same Lake Michigan, which looks more like an ocean than a lake, that’s present in so many family photos from my childhood.

This time, though, we climbed the steep dune I’d seen others climb as a child – the dune that’s over 450 feet tall (137-ish meters) and at a 33 degree angle. I wanted to climb the tall dune as a kid, but of course, with how young we were, our parents wouldn’t allow it.

Somehow, I convinced my friend to do it. “Are you sure?” I asked, not wanting to have him hate me halfway up and destroy a friendship in the process.

But he was sure. So we walked down the dunes and ran into Lake Michigan. And then climbed our way up. While it wasn’t the easiest thing we’d ever done, it only took us about 45 minutes. Better than the two hours others had complained about. (Note: doing my research, it seems like climbing these dunes may not be in the best interest of preserving the national park.)

And, since I’m old enough to drink this time, we went to a few vineyards. And I wasn’t driving, so I got to have a good time.

5. Celebrating my 29th birthday at the MotorCity Casino in Detroit.

I have no interest in gambling or casinos. But, an opportunity to get all dressed up and paint the town red is an opportunity that I will take. (TL/DR: Lost $50, got a bottle of wine.)

I do not have any photos at the casino. But I will leave you with this cake concept I designed, which is one of the greatest cakes of all time. You’re welcome.

6. A wine-influenced weekend trip to Vienna.

A group of friends and I were having dinner and drinking wine in September. We then started talking about trips and flights, and the next thing you know, we all booked 90-euro round trip tickets to Vienna for a weekend in November. 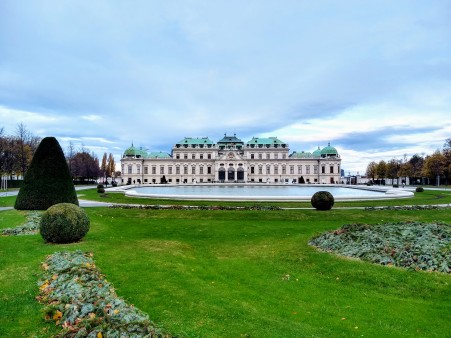 7. Listening to 30 Seconds to Mars next to a football stadium.

“I haven’t listened to 30 Seconds to Mars in years,” I commented. We listened to my favorite songs on their album This Is War, along with some new ones on their latest album. I had no idea they had a song featuring Halsey.

We listened to music and talked. I was surprised and happy to learn that we had similar tastes in music. And we laughed. His sense of humor was starting to shine through. I wondered if he thought my accent sounds funny when I speak Spanish. I still wonder what I sound like to people when I speak Spanish.

I didn’t know where this was going. Nor did I know that this would be short-lived. But at the moment, it didn’t matter. My head was in his lap, and his hands in my hair, and we were laughing, and I couldn’t have been happier.

Even though this was another situation that wasn’t meant to last forever, I still believe everything happens for a reason. At the time, I didn’t know why. Someday I will.

8. Visiting a palace and Dracula’s castle in Romania.

On my way back from La Rioja, my roommate texted me some prices for plane tickets to Romania. I said I’m down. She then texted me an Airbnb apartment. I said okay. Later, she sent me two tour options for Transylvania. I chose the one with the prettier picture. So that’s how this trip happened.

I started learning Romania three years ago, simply because I thought the language sounded beautiful. I imagined what it would be like to visit, but never envisioned it happening. Three years later, we were there.

Most of our colleagues and students were a bit perplexed about our destination. Below are some photographic reasons why you should consider traveling to Romania, and why I will for sure visit again in the spring:

9. Visiting my brother in St. Louis, Missouri for his graduation.

My brother has been in school for forever and a day. He’s studying to be a pastor, which takes at least 8 years of school if you want to be a pastor in the Lutheran church. And on top of that, he’s doing another master degree, so he won’t get ordained until next year.

Fun fact: the master degree for pastors is called a Master in Divinity. How cool does that sound? It sounds like a degree for a wizard. And on top of that, his grad school’s cafeteria even looks like Hogwarts.

I never got to visit my brother for his Bachelor’s graduation ceremony because I was in Colombia. I was happy to have visited for this one, even if he wasn’t ordained yet. And it was nice to be in the warmer St. Louis in May, because Michigan was just starting to leave the ice box that we refer to as winter.

St. Louis was nice to visit, but I felt like the city didn’t have personality. It was just a huge Midwestern city. If you like beer, beer cheese, spinach and artichoke tip, and pretzels, I highly recommend you visit, because it’s pretty much all my family and I ate that weekend. 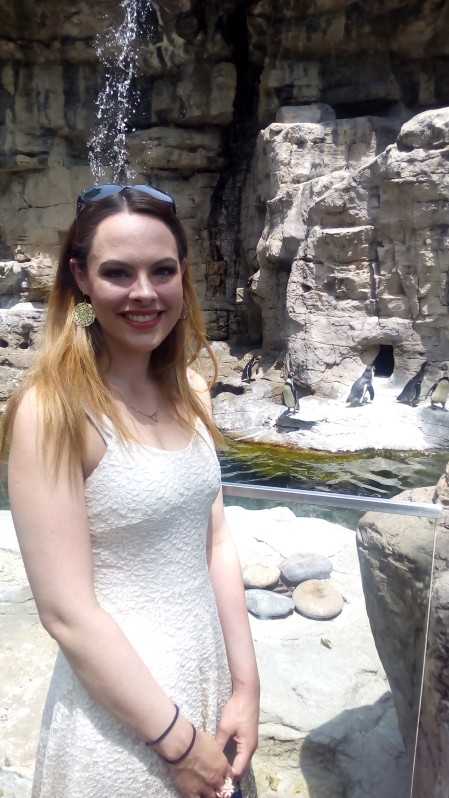 10. Christmas in Prague and Berlin.

My friend and I booked one-way flights to Prague from Madrid for 15 euros on Black Friday. 15 EUROS. (Technically 30 euros, as you have to pay for carry on luggage, but still.) We had so much fun and joy in bragging about our travel bargain to just about everyone.

Celebrating Christmas Eve and day in Prague felt like a living fairy tale. We made friends the USA, Morocco, India, Poland, Switzerland…and on the last night at our hostel, our roommates said they were living in Madrid. Oh, where, you may ask? In our neighborhood. A metro stop away. How small can this world be?

Berlin, on the other hand, was a stark contrast from Prague. It definitely wasn’t as beautiful. While I’d love to visit Germany again, I don’t know if I’d come back to Berlin. That being said, it left a big impact on me, which I will also go into detail when I write my blog post.

To think that at the beginning of the year, I was living in my hometown; and I’m concluding the end of the year with Christmas in Prague and Berlin, and ringing in the new year in the heart of Sol (which is essentially the Times Square of Madrid). I never would have guessed it. And I’m so grateful I pushed through to get to where I am now, and to the future I’m creating. 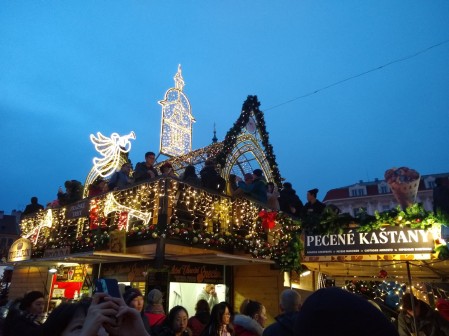 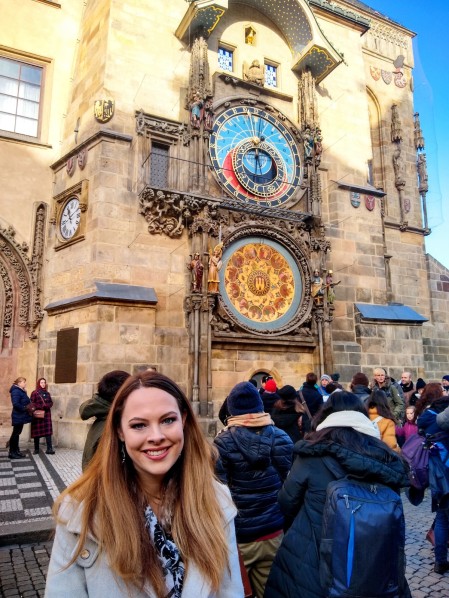 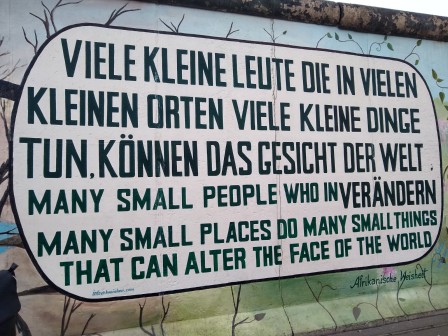 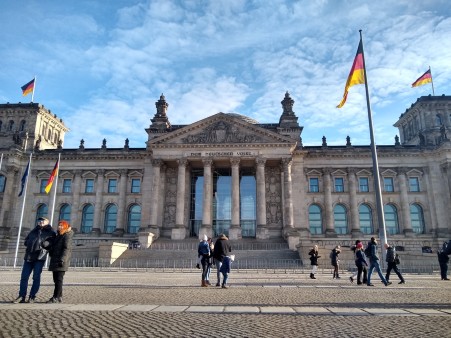 Cheers to the good times and lessons learned and blessings for 2019, and cheers for what’s to come in 2020!