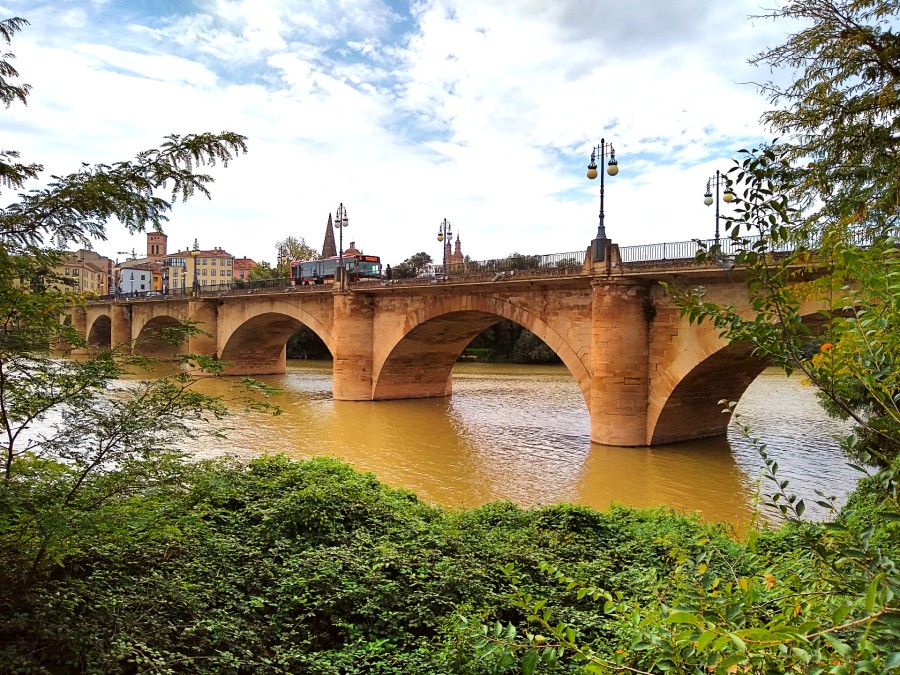 It had come to my attention one fateful Tuesday night, that it had been awhile since I had done anything spontaneous and impulsive.

And I was not okay with this.

The next thing you know, I woke up the following morning with an email confirming my bus ride and hostel booking in Logroño, Spain.

And that’s how I ended up in the wine region of Spain! 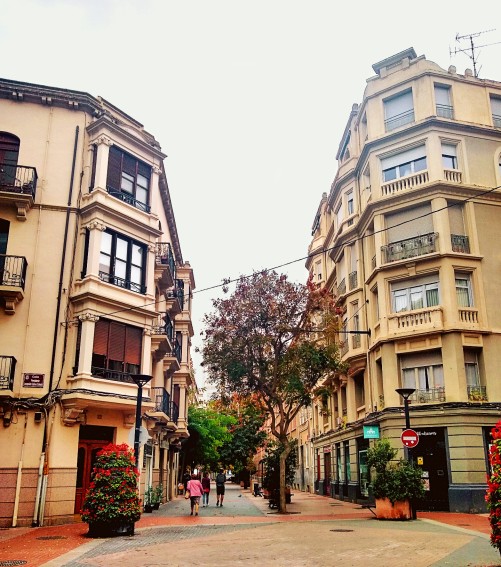 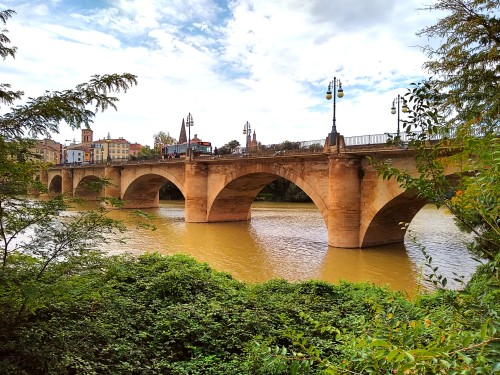 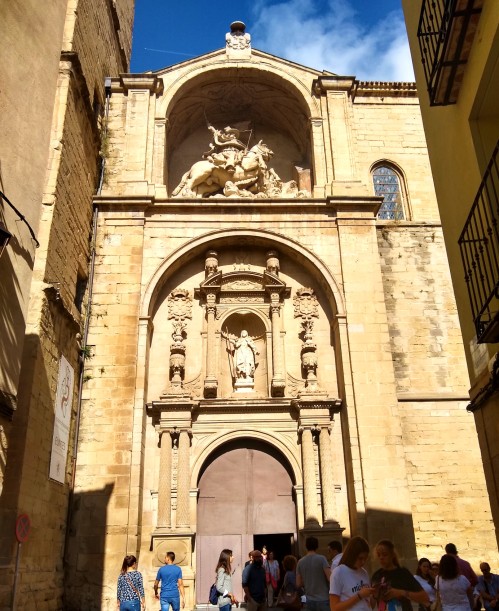 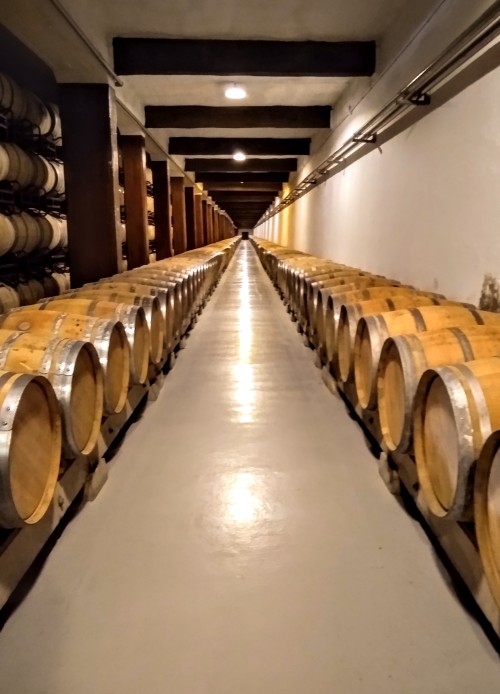 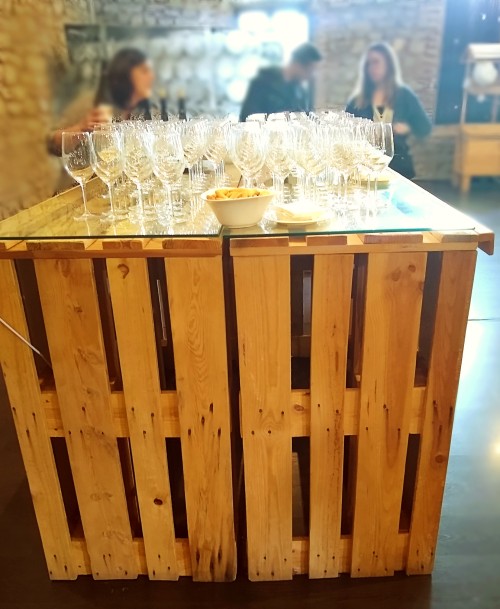 Secondly, a student of mine has family from La Rioja, a region in Spain known for wine. She recommended that I visit La Rioja during the fall.

Thirdly, one of my favorite bloggers, Young Adventuress, taught English in Logroño for a year, and claimed it to be one of the best years of her life. She also said Logroño is a decently sized city in Spain, yet has few tourists: perfect.

(Except there are a lot of pilgrims here on the Camino de Santiago, the journey that inspired Paulo Coelho’s The Alchemist and The Pilgrimage. But I don’t see them as the typical tourist, as most tourists don’t partake on a 780 kilometer journey by foot.)

And finally, I wanted to get over a guy. And what better way to do that than traveling to the wine region in Spain and visiting a few bodegas. 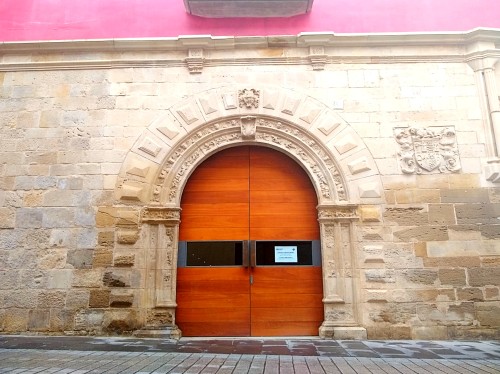 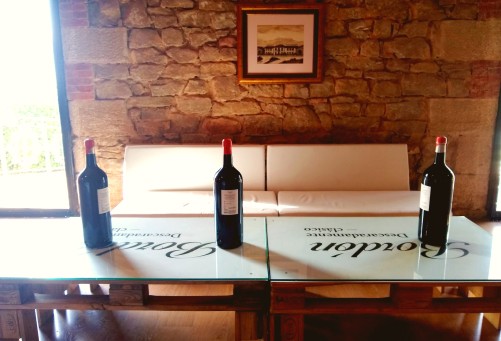 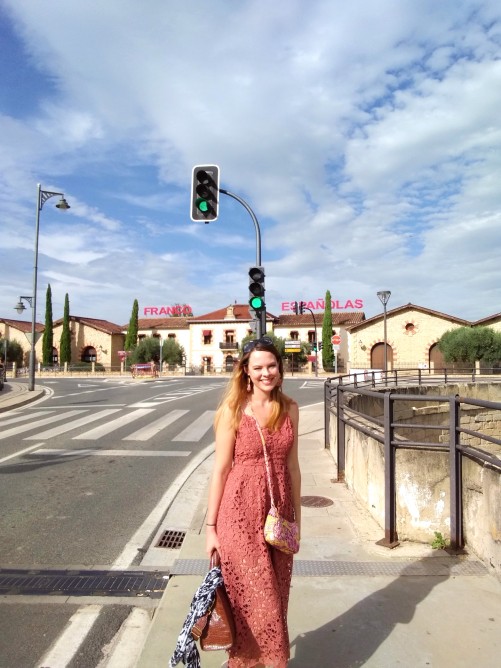 A little known fact to most people is that, when I was in Michigan, I had been dating a guy for eleven months. He brought zest and color into my monotone Midwestern life. We went on so many fun dates; I’d never met a guy who made an effort to make dates so fun.

We talked about our childhoods, our travel experiences, our work, and we had inside jokes. I even told him an abridged version of my life story. He listened, and couldn’t have been nicer or more understanding. 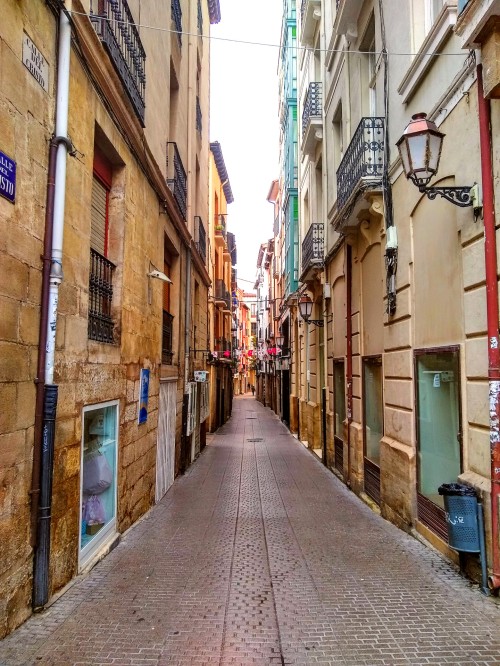 Meanwhile, my previous relationship had been a karmic roller coaster. It was always me that made the effort to travel the hundreds of kilometers to see him. He never once visited me. After I broke up with him, I didn’t have any intention to date for a long time. 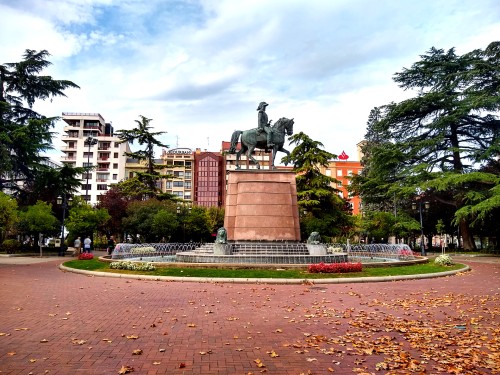 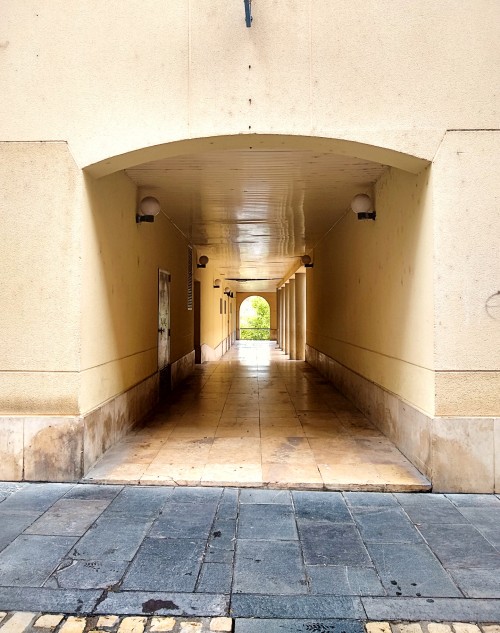 Then a few months later, I very randomly met this guy with a beautiful smile and gorgeous blue eyes that looked like the ocean. We had a good conversation and common interests.

I didn’t think anything would come out of these dates. I only agreed to go because, again, I was bored on a Saturday afternoon, and realized I hadn’t done anything spontaneous for quite some time, and I was not okay with that. That one date turned into many more, for eleven months. 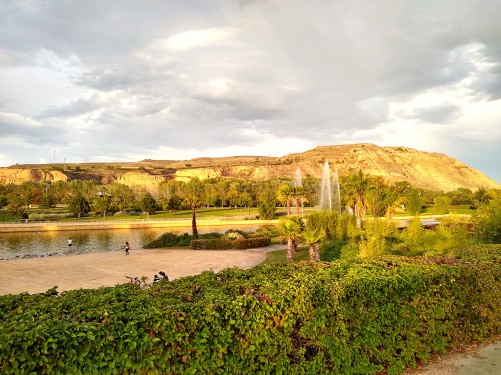 I kept my heart guarded. Until I didn’t. And the next thing you know, I’m developing feelings for this guy, and even started to fall just a little bit in love with him. It was then when I started to hint at him my feelings.

And what did he say? That he didn’t see a future with me.

Everything that I had tried so hard not to want, and then finally, I mustered the courage to want, was taken from me even before I could call it mine.

The good thing about growing older is that you gain experience. And after many experiences of having my heart broken, I know I’ll get over it. But at the moment, it sucks. 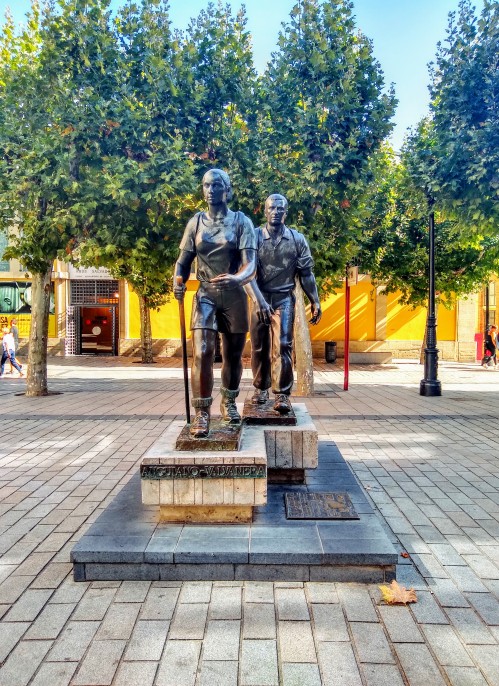 Wayan, a Balinese healer I read about in one of my favorite books, Eat Pray Love (don’t judge me), says the cure to a broken heart is: “Vitamin E, get much sleep, drink much water, travel to a place far away from the person you loved, meditate and teach your heart that this is destiny.”

Like Liz Gilbert, I’ve done everything except the Vitamin E.

Still, after I got over the jet lag, I spent the week after crying myself to sleep and hoping my roommate couldn’t hear. And then, I was busy in orientation, started my classes, moved to my beautiful apartment, and started exploring towns outside of Madrid like Segovia and Toledo.

Life was great. I was happy and relaxed and free. I was looking forward to my trip to Logroño.

And then the Full Moon happened.

Say what you want about moon cycles, but I think we can all agree that the Full Moon brings out a little extra something even in the best of us.

And so, here I was. Friday night in La Rioja. All dressed up with red lipstick and ready to have fun. But the person I used to get all dressed up for wasn’t here, and didn’t care.

When I came back to the hostel, I went into my bunk still wearing my dress, because I didn’t want to wake the pilgrims up. (Even in heartache, I still try to be a considerate person.)

I tried to sleep, but my mind wouldn’t let me. Why didn’t he see a future with me. Why am I still sad about this. Why in the world did I book this trip. I just want to leave. I don’t even know why I booked this stupid trip.

It was at that moment I had to stop myself.

One of the words I most dislike in the English language is “stupid.” It’s so juvenile and belittling. And the fact that I’d stooped so low finally got my mind to shut up. 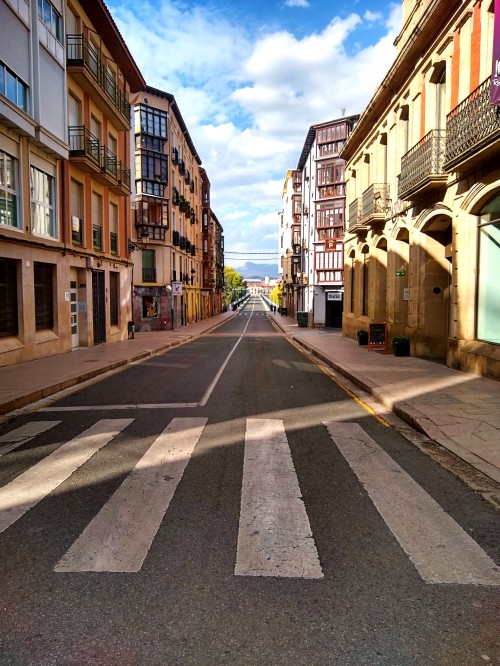 I felt bad for a moment. Logroño wasn’t a stupid place. It wasn’t its fault that I was heartbroken, and that this city happened to be the victim of my ego’s latest temper tantrum.

Nor was travel stupid; travel has given me courage, adventure, and meaning. Two months ago, I would have given everything in the world to be in Spain, and now I’m here, whimsically trotting off to the wine region like it’s no big deal. Do you know how many people would love to just hop on over to the wine region in Spain for a weekend?

You know what would have been stupid? Coming home without giving Logroño a chance. Coming home because I was heartbroken over a guy. What would Madrid do to make me feel better? Sure, my friends were there, but they’ve heard this sob story one too many times. It’s time to let go.

And, I told my students I was going. What was I going to tell them next class? “I went back to Madrid the next day because I got the feels” doesn’t sound so professional. (Plus, the thought of explaining to my students how “feels” is an abstract collective noun in this context already gives me a headache.)

And finally, I thought of this blog. I thought of how my favorite blog posts to read are ones that are raw, messy, gritty, vulnerable, and unfiltered. These posts help me feel less alone. They show me that you should never be ashamed of the struggle. And that these moments are often a springboard of something crazy amazing to come.

I decided make Logroño my springboard. 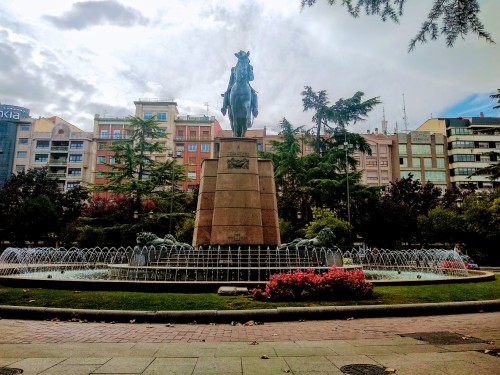 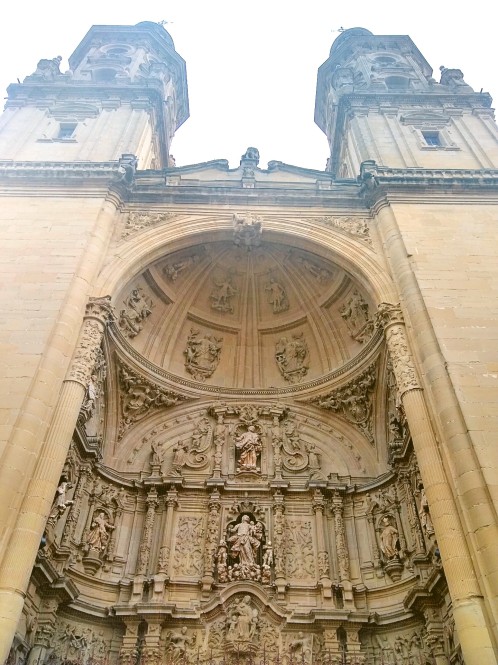 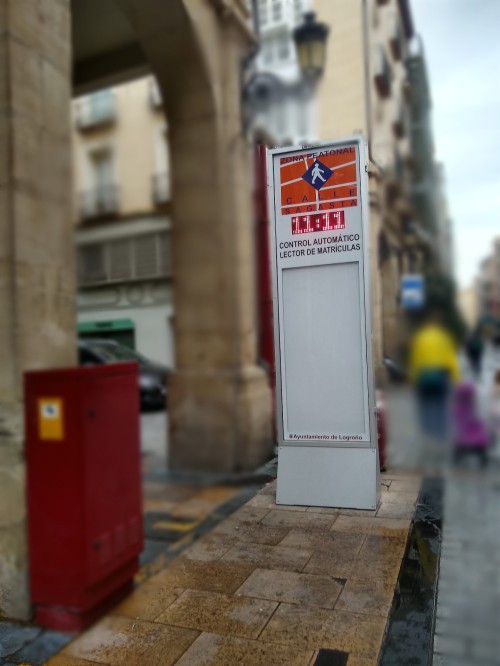 Someday, when I am with the right person who’s as crazy and passionate about living an unconventional, travel-filled life as I am, we’ll look at this post and laugh a little, and I’ll think, “If only I knew then what we have now.” We’ll clink glasses, say cheers,and sip our Spanish wine from La Rioja. 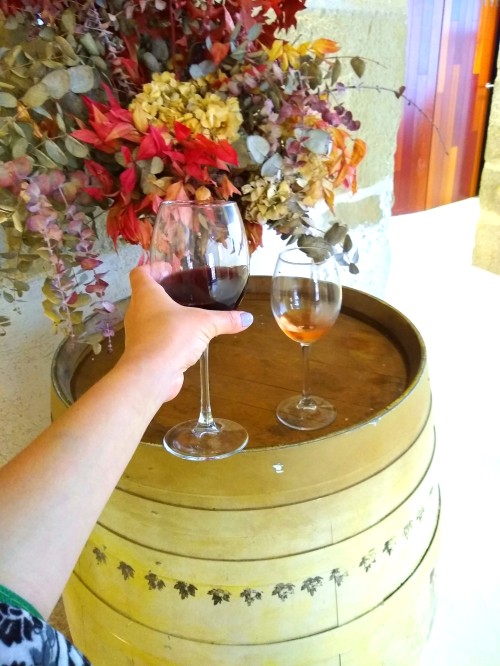 Meanwhile, it was time for me to explore the city.

Liz Gilbert said in a speech that when she was in the middle of her divorce, pre-Eat Pray Love, she received a message while at the post office: Go on a quest to find something beautiful. And she took this message very seriously, saying in her nittiest, grittiest voice, “Okay, I’m going to go out there in that stupid city and find some beautiful thing, stupid beauty…” (She should have known she’d find elephants literally outside the post office after saying the s-word.)

And that’s how I was that morning. “I’m going to smile NO MATTER WHAT and have SO MUCH FUN in Logroño no matter WHAT IT TAKES!!!” So I proceeded to take a ridiculous amount of smiling selfies all weekend.

On Saturday morning, I sat down for breakfast and booked a tour for the next day. Having some sort of plan made me feel better. 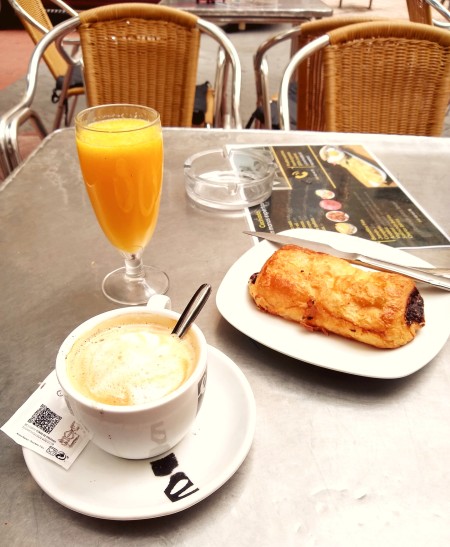 The city was a stark contrast from Madrid: quiet, brisk, and still waking up. It was Saturday morning, and I was walking around not hungover. My liver couldn’t have been happier.

Conveniently, when I walked in they were about to give a tour. I paid 8 euros for a 30-minute tour in Spanish, and two glasses of wine. 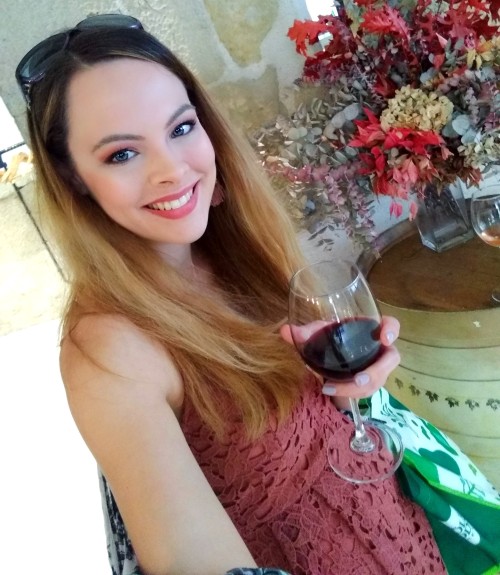 During the tour, I learned how wine was made 500 years ago (TL/DR: it was a lot different). I learned why buildings had two doors in the front, one normal one, and one wide one: the normal door was for the living space, and the wide door lead to the underground cellar. I also learned that the street the calado was on was, at one point, the busiest and widest street in Logroño. Below the streets were many underground wine cellars, several of which were still preserved to this day.

After that, my mood began to lift considerably.

After the tour, I walked around for most of the day. Most things were closed due to the holiday. I was happy enough to walk around the city, and imagine what my life would had been like had I been born in a small city in Spain. 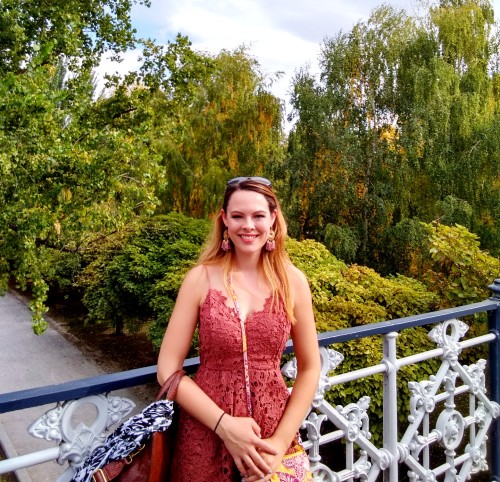 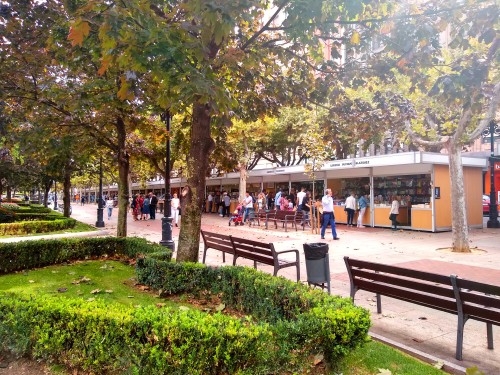 The next day, I visited the Franco Española Bodega, where I had three glasses of wine with the tour. (Okay, not completely full glasses, three types of wine, but still.)

After that tour, my mood once again raised considerably. Shocking.

From then on, I walked around the city, people-watching, admiring its beauty, and even having those rare moments where my mind stops, doesn’t think about anything, and just exists.

Those moments do not last long, because any prolonged period of peace starts to feel suspicious to me.

But a moment of peace after all of the aforementioned was nice. 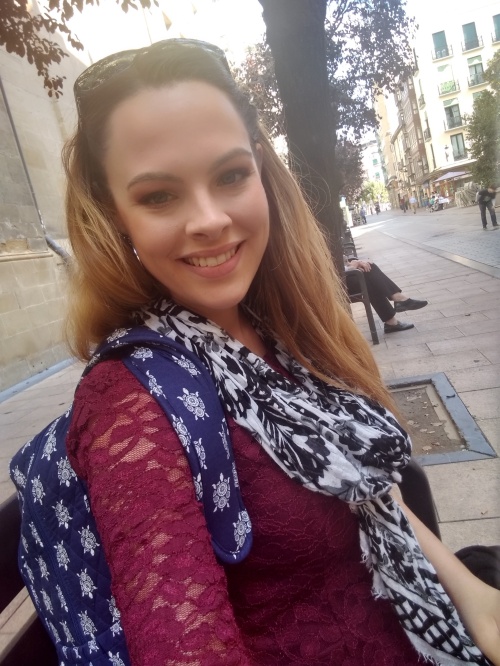 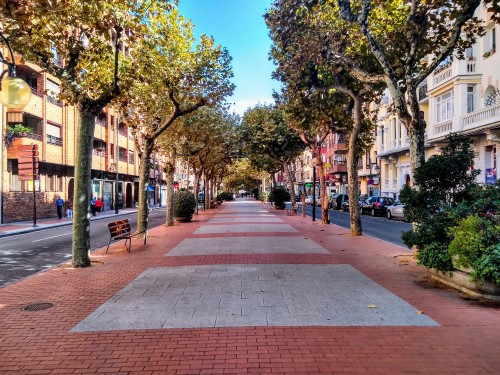 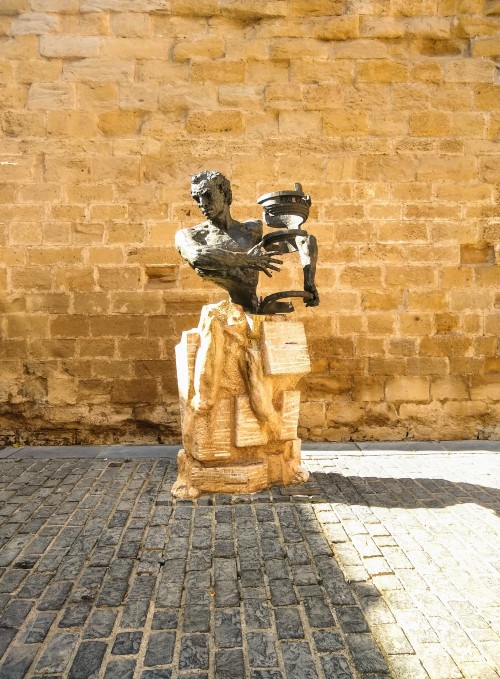 So, the big question is: Did Logroño heal my broken heart? And the answer is: no, it did not. But it brought me wine. It showed me the Camino de Santiago (and, could it have foreshadowed a future adventure…?). It let me walk around happy and tipsy at 12 o’clock in the afternoon. It took me back 500 years in time via a small tour. It let me see another side of Spain. It brought me back to the mountains. I did the trip on a budget. I even found vegetarian food. I’d say that was a good weekend.

I came back to Madrid tired, sore from the cramped bus ride (some kid had decided to use my armrest as a footrest), yet hopeful for what’s to come. I’ve got some trips planned to Austria and Romania. I have some new classes to teach in the next few weeks. I’m making progress on my own classes I’m taking for fun (#forevernerd). And overall, I’m grateful that I was single, because it gave me the freedom to go.

The right relationship won’t stop you from pursuing your dreams. And the right person won’t see any potential obstacles, they will just see you. 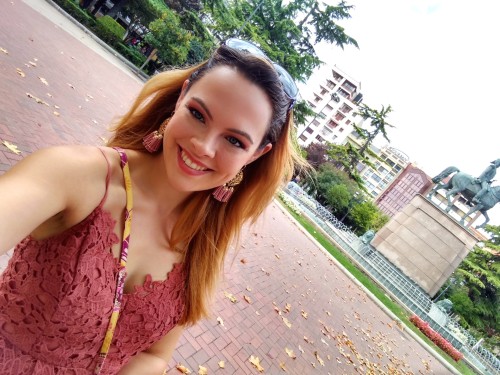 One thought on “Drinking Wine and Healing My Broken Heart in Logroño, Spain”